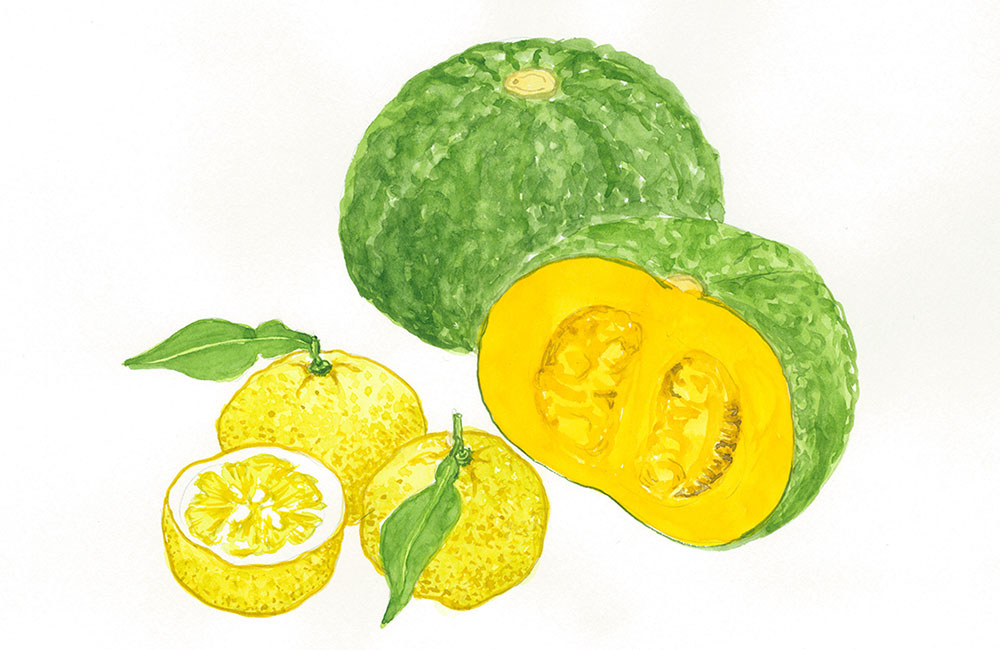 The return of spring - this long-awaited day is also the day to prepare for the coldest time of year.
We warm our bodies in a hot bath with floating yuzu lemon peel.
We warm our bodies eating cooked pumpkin.
In some areas, people eat adzuki bean porridge or “itoko-ni,” pumpkins and adzuki beans cooked together.
The winter solstice is a winter festivity.

Some regions may still follow the custom of having a bonfire near the gate on the winter solstice.
Winter is bonfire season.
While they have disappeared from our daily lives, bonfires remain the essence of many winter events:
The winter solstice, the “Dondo-yaki*” and the “Otaki-age**” at the Daruma Market…
Why do I find the smell of bonfires is so nostalgic?

Even if I cannot have a bonfire, I will prepare for the new year and cold weather by warming myself with pumpkins and yuzu lemons on the winter solstice.